As I’ve said before, the period from Halloween until New Year’s Eve drives me mad.  The year is winding down and I’ve been throwing most of my creative efforts into closing some of my simpler but long-simmering projects and tasks at work before I start my massive two week Christmas vacation.  It’s led me to ignore news and politics because, honestly, it’s been the same shit for months and I have been grateful for the chance to disconnect for a couple of weeks and get my job done without worrying about how Trump is doing his.  Even my mighty, fiery anger has to take a rest now and again.

Over the Thanksgiving holiday, the family had a fantastic dinner.  We next spent the long weekend hanging out and watching some of our favorite movies of the season.  Mrs Thrill’s annual tradition is to watch Planes, Trains, and Automobiles, I believe on the grounds that there are so few other Thanksgiving movies.  There aren’t that many songs either.  On Friday night, we watched holiday classics such as Trading Places and the Venture Brothers Christmas Special.  Finally, we viewed the essential one on Saturday night: Die Hard.  We might watch Lethal Weapon today.  It’s totally a Christmas movie.  The season won’t be complete until we see Love Actually as well (I secretly enjoy the hell out of it).

Interestingly, Trading Places, Die Hard, Love Actually, and Lethal Weapon all have one thing in common: they’re rated “R” movies with scenes of bare tits.  This has brought about a new Thrill Family Meme: “Jingle Boobies.”  That Mrs Thrill, who is generally the more wholesome of the two of us, finds this as amusing as I do is one of the funniest developments all year.  I’m not sure she fully understands my tremendous lust for Jamie Lee Curtis though.

I’ve already screwed up my weight loss, which had been slipping since July anyway.  My intention is to clamp down on calories tomorrow and try to manage until Christmas Eve.  Then I’ll go all gluttonous again.  I’ve been enjoying alcohol too much lately, which is always the single largest diet destroyer for me.  Last night’s cocktail of choice?  Some Missouri whiskey and Sprite with a squirt of lime juice.  It’s a delightful but stunningly quick buzz.

So the only link I have to share this week is Hal’s “Turkeys and Drumsticks” post for 2017.  I had been looking forward to it for a couple of weeks and am happy to say that he didn’t disappoint!

What’s going on with you?  Would you like to share some movie titles that will allow me to appreciate tits under the guise of watching Christmas movies or do you want to argue about the same old shit again?  Or maybe you have something else to share.

Die Hard is one of the best Christmas movies ever…. its not Christmas till Hans fall off the Nakatomi tower..
I watch Scrooged every year, love that version of A Christmas Carol…

I watched Valarian, the other night… big colorful mindless, cgi fest.. you can tell Luc Beason was at the helm of that one. 5th Element was far far better.

Winona Ryder.. i have had thing thing for her.,. for quite some time..

A pair of giant boobs: 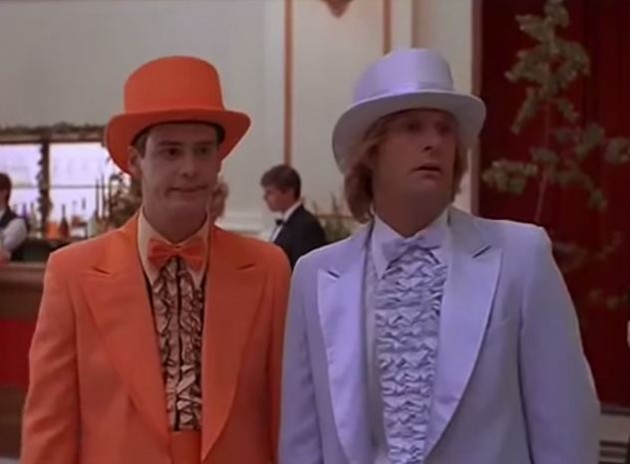 But seriously, yes Die Hard is a Christmas movie, and for me this is also a holiday tradition:
https://www.youtube.com/watch?v=FHThGmVfE3A

Despite previous claims that NFL ratings would head up, they’re down further. Ratings for the National Football League have gotten worse as Week 11 passes in the rear-view, with the league losing one million viewers over the numbers from 2016 as protests during the national anthem continue. With a loss of 6.3 percent compared to last week’s loss of 5.7 percent the loss of viewers deepened, the New York Post reported. With TV ratings off nearly 20 percent for the season over all, the networks have reportedly lost up to $500 million in ad revenue. You can see a bunch… Read more »

Rocket Man strikes again. Democrats throw a hissy fit because Trump was mean to them. On the plus side, Keith Olbermann is quitting because nobody listens to him.

Yeah, I love Olbermann’s “Ha, ha, Trump is finished because he said Pocahontas! Now I can retire.” line. There’s a lot more to this, I’m sure.

Man. I want a job where I can sexually harass people and still get $30 million.

Flynn finally got charged and will plead guilty for lying to the FBI. No shocker there.