It’s worth mentioning that I have no interest in seeing Black Panther.  Not in the theater, not on Netflix.  It’s nothing racist, I don’t like superhero movies.

But see, isn’t it crazy that I would qualify my simple distate for that genre by saying that I don’t have any weird ulterior racial or political motive?  It is, but that’s just the way it is these days.  Look at the controversy that’s stirred up because some reviewers gave their honest opinion on Black Panther and it “ruined” the movie’s 100% Rotten Tomatoes Score.  It’s now 97% at the time of this posting.

I follow stuff like this closely, even when I’m not terribly interested in whatever the controversy is stuck to.  You know, I talk about the NFL kneeling even though I have never watched a football game in my life.  During the Ghostbusters 2016 saga (pre-RVS), I discussed the fan backlash and sexism aspect extensively.  By the time it was clear the movie had flopped, I’d even gone so far as to perform an analysis on its budget to box office earning ratio and put it into a nice chart to explain why it wouldn’t get a sequel.  If you must know, no movie that ever had a production budget of more than $130 million and made less in the worldwide box office than $300 million has ever gotten a sequel.  The only exception was Turbo but its sequel went straight to video.

And no, I never saw Paul Feig’s Ghostbusters and don’t ever plan to.  Not because of sexism, of course, I just have no interest in watching sub-par reboots of perfect movies.  I guess I just like following controversies and wasting my life away.

The same thing is happening with Black Panther that also happened with Ghostbusters.  It’s a bit different since if you didn’t like Ghostbusters, it meant you were a misogynist and if you don’t like Black Panther, the implication is that you’re an Alt-Right Tiki Torch Kommando.

The way we see these events play out is in YouTube likes, website comments, social media posts, Rotten Tomatoes reviews, Amazon reviews, online polls, etc.  Now admittedly, right-wing trolls love to game the results of all of these with coordinated campaigns and they did a spectatular job dragging down The Last Jedi’s audience score on RT.  If you didn’t like that movie, I get it, but did you guys have to legitimize Attack of the Clones by leaving it with a higher audience score than The Last Jedi?  YOU MANIACS!  YOU WENT TOO FAR!  IT WASN’T THAT BAD.

What’s funny is that the entertainment industry and Silicon Valley strike back hamfistedly and start removing any and all negative feedback whenever this happens or they try to downplay the negativity in other ways.  Ghostbusters was kept at just high enough of a critics’ score to maintain “Fresh” status.  Amazon deleted so many of the negative reviews for What Happened by Hillary Clinton that it was left with a 92% 5 star rating at one point, which is so horribly inflated that nobody could or should believe it.  It’s at least down to a saner rating now that things have died down a bit.

Everybody is expecting–fairly–for the same thing to happen with Black Panther and Rotten Tomatoes will delete any negative reviews that are “hate speech”.  I don’t know if they’ll only look at what’s explicitly racist or if they’ll just deem any criticism to be racist, but we’ll have a better idea once it happens.

Here’s my thoughts on this.  Yeah, I guess you could say that deliberately trashing somebody else’s work of art is a terrible thing to do.  However, I’ll point out that it’s an equal and opposite reaction to Hollywood incessantly pushing out works intended to force its own preachy social justice values and politics above entertainment.  It’s not only that, but I think many of the professional critics exaggerate how good these productions are because they want those totems to succeed.  Many more shower positive reviews because they’re afraid of career-annihilating blowback from the Social Justice Warriors.

To me, the right-wing trolls are justified in this online guerilla warfare.  They’re reacting to the subversive injection of left-wing identity politics into entertainment with a dose of their own.  They’re not reviewing the product on its merits, but on their politics.  I think it’s fair play because the politics are used to push and sell these works.

Hey, maybe Black Panther really is that good.  I don’t know.  Again, I’m not going to see it.  I’m only fascinated that the political polarization has become so deep that even stupid capeshit movies can’t be fairly evaluated anymore.  Can’t we go back to the old days when people didn’t trust reviewers because everyone thought the studios were bribing them for positive write-ups?  Such innocent times.

Obama Trolls Us With His “Official” Portrait

IT WASN’T THAT BAD.

Yes. IT WAS THAT BAD.

As far as BP, I find it quite hilarious concerning all of these headlines, pundits, and critics talking about how this is the first comic book movie headlined by an African American, and how monumental it is, and how it’s about time, and blah, blah, blah.

I guess they all forgot about this guy. 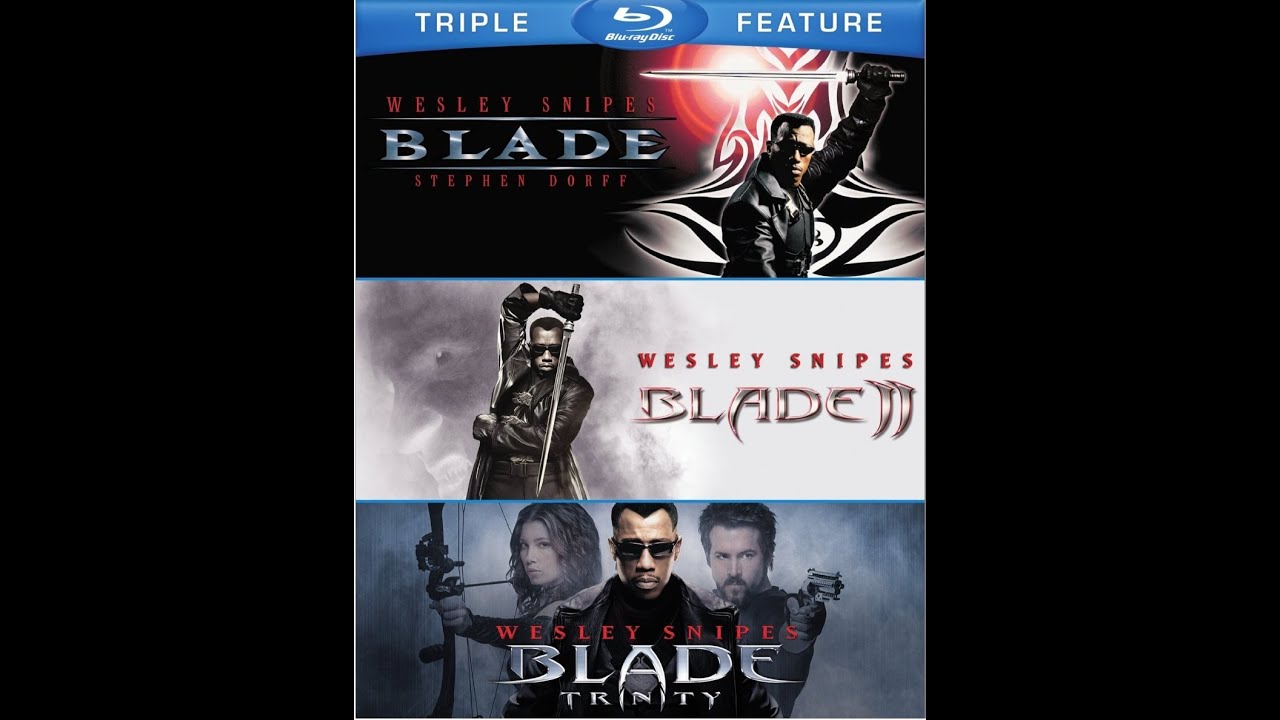 Hell, Spawn came out before Blade.

Yeah, those are all good examples. I don’t get why people are pretending like this movie is anything new or special or why it’s so vital that it be given a flawless rating.

I feel like I’m living in a mass delusion nightmare where everybody is somehow more racist by scrambling over themselves to prove that they’re not even a smidgen racist.

We had black superheroes before. Blade did okay. Spawn didn’t (I mostly blame the terrible special effects). I don’t remember it being a big deal in the Pre-Woke Ages.

Was it my blatant pro-Russian shilling or criticism of the Silicon Valley Stalinists that did it?

Good work giving all of your personal information to this human just like you, humans!