Still talking about this topic this week due to the Pittsburg synagogue shooting.  More political violence, oh joy.

I am so sick of those who want to blame this president for everything. ‘He didn’t express sympathy or express it fast enough’. STOP IT.There is a deep sickness taking root in this country and it is spread here. Twitter has become a white van covered in despicable bumper stickers. https://t.co/W5LiKnUQx7

That’s one of the better takes I’ve seen and he’s right.  I’ve tuned out the criticism of Trump over this, partly because I think it’s cynically being used to misdirect attention away from the political Left’s direct incitements of violence but also because it has no basis in fact.

It really doesn’t matter what Trump does or doesn’t do.  The people who hate him are going to blame him for whatever happens, even if it is demonstrably proven that he had nothing to do with it and the perpetrator didn’t even like the president.  I’m serious.  Remember when all those Jewish cemeteries were being desecrated and Trump got blamed for it?  Then it turned out once an arrest was made in one case that it was apolitical?

It also happened with the threats made to Jewish Community Centers.  Trump was blamed both for instigating it and for not denouncing it quickly or convincingly enough or whatever.  Turned out that it too had nothing to do with him.

So yeah, whenever something happens, such as the recent bomb hoaxes, I’m suspicious of the anti-Trump narrative of the day the more obviously it serves the purposes of his critics to frame it as being helpful to their efforts.  When I do, it proves right more often than not.

Everything Trump does is pointed to as proof that he’s supposedly trying to engineer hate crimes against Jews (besides the ones he’s directly related to and those living in Israel who like his policies) and other people and honestly, I’ve almost entirely droned it out.

I’m tired of it just as I’m sick people pushing for reward and advantage on the bodies of victims.  It has become such a feature of the news that I’m long past the point of being numb to it whether it’s Democrats smearing Trump, Silicon Valley attempting to silence a competitor as is being done to Gab, or any other number of twisted causes whose adherents are always delighted by death and destruction if it helps them gain political power or fulfill an agenda.

Nobody who does this deserves to be listened to or taken seriously on any platform or in any media.

It looks like Gab is taking the blame for allowing this nutcase to post online. But Gab isn’t responsible, either, it was created as a conservative alternative to Twitter. There’s a real concern here-is this going to kill off social media as a form of free expression? But Trump is fighting back. Some will say that maybe he should tone it down-but when you’ve been accused of something you didn’t do, should you stay silent? Ask Brett Kavanaugh. Meanwhile, there was some good news this weekend-the Red Sox won the World Series, Brazil has a new President, and Merkel called… Read more »

Sorry for side-tracking here, is anyone else having issues with the comments? It seems that when the comments are sorted by “oldest” (which seems to be the default setting) the most recent comments don’t appear. But they do appear (at the top) when I sort by “newest” or if I directly click on the comment on the recent comments list. It happens in Chrome (phone and PC) and IE.

I’ve not posted for a while, because basically the discussions here have depressed me with their entrenched tribalism where both sides think the other is evil and no one actually discusses anything. That said I’m going to give it a go because I think we’ve had good discussions before and can again. So here goes. I think it’s useful to understand my point of view if you swap the word ‘Incite’ for ‘Inspire’. Inciting violence has a very specific definition – which is why Shapiro’s article makes sense. But I’m not arguing that Trump is instructing people to commit violence.… Read more »

It looks like Gab is taking the blame for allowing this nutcase to post online. But Gab isn’t responsible, either, it was created as a conservative alternative to Twitter. This has been inevitable for a long time with how it’s been going. It’s exactly as I predicted after Charlottesville. Pretty amazing that it has lasted this long. It’s definitely time to regulate the tech companies to stop them from deplatforming ideas they don’t like. I don’t care if they have to be broken into a thousand companies or forced by law. They’re monopolistic and they’re abusing the public’s trust. It… Read more »

It seems that when the comments are sorted by “oldest” (which seems to be the default setting) the most recent comments don’t appear.

For me, the last comment I post always appears at the top of the thread and stays there until I refresh the page. Then it’s at the bottom. Other than that, I don’t notice anything unusual.

ilovecress, I’ll just point out to what you wrote–which was very good and deserves more consideration on my part and I will after I have some time–that the Alt Right was until very recently “inspired by” Taylor Swift, of all people. People look for inspiring qualities in others that reflect what they want. They see it in all manner of “heroes”. People like Trump or Obama or even Taylor Swift can use that for a number of different purposes, good or bad. I don’t disagree that Trump inspires the Alt-Right, but I disagree that his goal is to create dissension.… Read more »

Question – in your mind, why is Trump sending 5,000 troops down to the border?

Question – in your mind, why is Trump sending 5,000 troops down to the border?

It makes sense to me. Why? Did you think Trump was going to have them shot or something?

What he said. Please be safe.

Trump is an idiot for wanting to try to end Birthright citizenship via EO. Which according to CM probably means I’m a blind Trump shill.

There is an interesting legal case to be made though of whether the 14th does actually guarantee birthright citizenship to illegal aliens subject to another country’s jurisdiction.

Not sure why they’d need to discredit him when he’s not found anything at all. 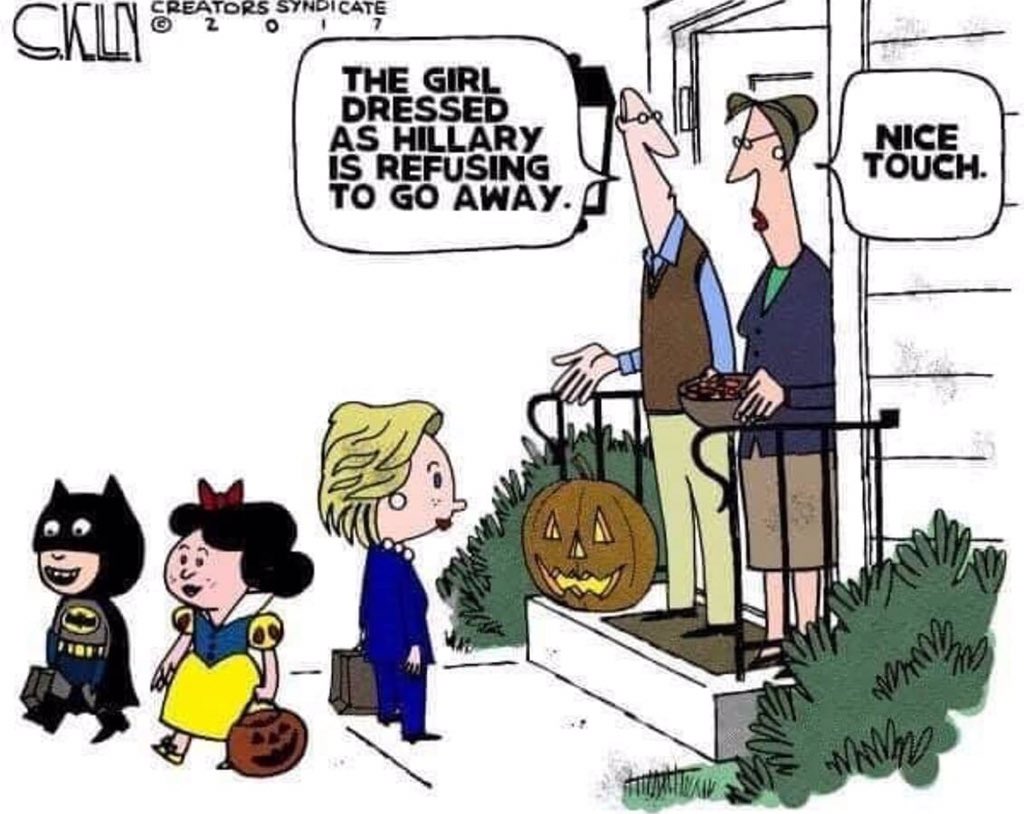 “(Sen. Jacob M.)Howard is credited with working closely with Abraham Lincoln in drafting and passing the Thirteenth Amendment, which abolished slavery. In the Senate, he also served on the Joint Committee on Reconstruction, which drafted the Fourteenth Amendment. During the debate over the first clause of the Fourteenth Amendment, he argued for including the phrase “and subject to the jurisdiction thereof:” …[E]very person born within the limits of the United State, and subject to their jurisdiction, is by virtue of natural law and national law a citizen of the United States. This will not, of course, include persons born in… Read more »

Not sure why they’d need to discredit him when he’s not found anything at all.

Anything Jacob Wohl is behind is bound to be based on kookery.

So really, we know exactly what was meant by the 14th Amendment and especially the “and subject to…” part.

Yeah, it should be clear. However, I don’t think there’s any amendment that’s been more distorted and caused more problems than the 14th. It’s sort of the “it means whatever it needs to mean” amendment.

BTW I certainly don’t ‘blame everything on Trump’ (or variations on the same theme). As I said in the previous thread “Much of it pre-dates Trump” (and therefore logic says he can’t be to blame him for everything).